There have been a number of questions raised this year about the future of UK businesses, particularly as Brexit negotiations unfold and the impact of the General Election has been felt. However, the last 12 months have been strong for our sector with the second quarter of 2017 recording a 21% increase in demand for accountants.

This context left us eagerly anticipating what the Autumn Budget would unveil for businesses in general and for the financial sector. Now that the dust has settled and thorough analysis has been digested, we take a look at some of the changes that may not have made the headlines, but are big news for accountants in 2018. 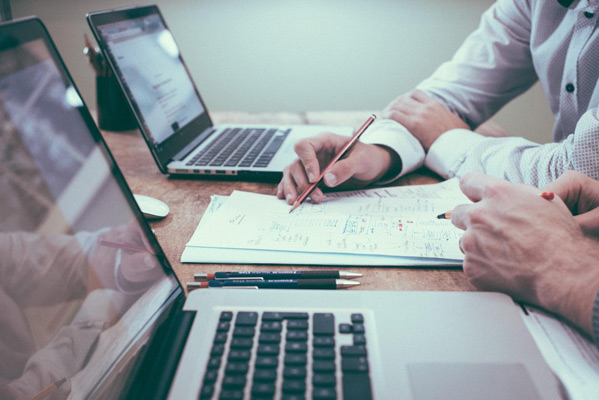 Prior to the Budget, business leaders were hopeful of a pro-business, investment Budget. AccountancyAge asked 450 clients what they thought would strengthen the UK economy amidst Brexit talks; what it found was a strong call for the Chancellor to focus on domestic policy alongside Brexit discussions.

As accountants become ever more vital to business growth, particularly for SMEs, any steps to tackle poor productivity and boost business confidence is welcome.

It should come as a boon for businesses and accountants, therefore, that the government has announced a £2.5 billion investment fund for the British Business Bank, and £500 million for driving technology improvements, notably a 5G roll out, full fibre broadband and artificial intelligence.

It's hoped that this cash injection will fuel the creation of more high productivity jobs of tomorrow, as Philip Hammond stated in his speech: "A new tech business is funded every hour, and I want that to be every half hour."

In the run-up to the Budget, businesses were hoping for a simplification of UK tax law, with most willing to pay higher rates in return for a less complex system. Whilst we might not have seen the beginning of a new era of straightforward tax law, there are a number of changes that are designed in particular to ease the pressure on smaller businesses.

Business rate increases will be based on CPI rather than RPI from April 2018, which is predicted to save £2.3 billion. Rateable values will now be calculated every three years as opposed to five, meaning businesses are likely to see less drastic rises.

The VAT threshold will remain at £85,000 until at least 2020, keeping thousands of small business out of the system for the next two years.

There will also be an end to the so-called 'staircase tax' faced by around 80,000 businesses with offices that are linked by a communal lift, corridor or stairway.

The clamp on tax dodgers could tighten

Tackling the sheer scale of tax avoidance in the UK could create opportunities for accountants based here to extend their skill sets. Education is now key, not only for the rich and famous, but for businesses of all sizes, as HMRC tightens its grip.

The tone was set when Chancellor Hammond suggested that he expects to raise more than £200 million a year from multinational digital firms who are partly based in opportune tax havens. From April 2018, they will pay income tax on royalties related to UK sales that are paid to low tax jurisdictions. Leading ecommerce sites like eBay will also be made jointly liable for unpaid VAT of all traders at home and away, rather than just international retailers.

As the government seeks to explore further ways that digital companies can ensure all their users comply with tax laws, accountants will be in an opportune position to highlight penalties, and work with SMEs to create, utilise and teach new tax frameworks from 2018.

The Budget included a number of small but innovative modifications to tax law, productivity and industry to the benefit of British businesses and accountants. As specialists in finance recruitment, our team will be happy to discuss with you the implications for your finance team or your own future career.

For an in-depth and confidential consultation about jobs and careers in finance, please contact Nigel Jeyes on 01273 229499 or email nigel@graftonbanks.co.uk.

The evolution of recruitment