How can the UK improve its financial resilience?

As we reported last month, 2016 is set to start on a high for UK accountants as market in 2014 filtered into the 2015 jobs market in terms of volume, salary and skills growth. The shackles of uncertainty in past years has now turned into a general sense of improvement in the industry, with conduct and integrity at the forefront of the Bank of England's recent discussions. It is clear that the UK financial industry is now standing on its own two feet, however, some have questioned how to maintain the momentum this summer following a think-tank report that placed Britain's financial resilience as the lowest in the G7. As we head into winter, Grafton Banks examine what is defined as 'resilience' and possible ways of improvement.

How is resilience defined?

According to the independent think-tank, New Economics Foundation (NEF), there are seven ways to determine financial resilience, i.e. its ability to cope with financial shocks, either at home or abroad. These are:

Diversity - whether an economy has a variety of healthy niches in the system, each with its own growth strategy

Interconnectedness - financial institutions that are connected by a sophisticated network structure

Asset balance - which assets are chosen for investment and there stability, for example fossil fuels and property

Transparency - whether loan risks are easy to monitor through transparent activity

Leverage -focusing on the balance of banks' assets and capital.

How can we improve our resilience?

Rather than to run an annual stress test, UK banks must consider broader, systemic challenges that have been ingrained since institutions were first founded. The industry is still dominated by giant institutions in the South East, all creating the same incentives and business models. 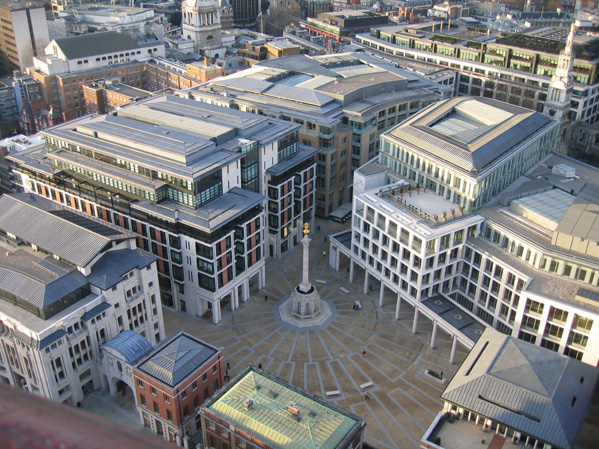 The UK prides itself on our dominant financial sector, however, if it is to sustain its reputation, banks must consider capital to GDP. The government has taken positive steps since 2008. They told larger banks to hold more capital and to become self-sustainable so that if an external shock were to hit, they would not need to borrow large amounts of money from taxpayers.

However, local banks account for only 3% of the industry compared to 67% in Germany. If we think back to 2008, Germany's public Sparkassen banks were relatively unscathed by the US mortgage crisis which washed onto Europe's shores because they deal in 'vanilla' lending to local businesses and people. The UK needs to shift away from its large institutions to smaller, publicly-owned banks, mutual and building societies. The privatisation of RBS is a step in the wrong direction.

2012 was a noticeable erratic economic year: GDP fell from a positive 0.8% growth in Q3 to -0.3% in Q4, therefore you could argue that the NEF data was extracted from a particularly turbulent year; the economy has experience growth since 2013 Q1, ending on 0.5% growth in 2014 Q4. The Governor of the Bank of England Mark Carney stated this year in the Open Forum that "UK financial services will be the best regulated in the world" in five years, with more competition on the way.

Challenger Banks have pushed through the ranks in the past year alone to offer the different business models that are needed, helped along by the payment system being opened up. Investment in areas such as technological innovation offer these smaller banks bright avenues for growth. However, a huge reliance on the property market, a known boom and bust market, has been wrongfully adopted once again.

The need to please shareholders has forced many to revert back to high-risk models. If the UK is to cushion the next blow from overseas, it must localise, diversify, reform and move away from tradition and unstable assets if it to climb the rankings.

Despite its critics, the UK financial jobs sector remains strong for accountants and industry staff. Call Grafton Banks today on 01273 229 499 to book an expert, confidential consultation.