Financial Lessons to Learn from the Chinese Market Crash

Recent plunges in China's Shanghai Composite Index has caused a global ripple of concern. While the fallout of recent events are well documented, understanding the causes of a crash in one of the world's leading economies is fundamental to not only the success of China's future but how other leading global markets can learn from the mistakes of another. 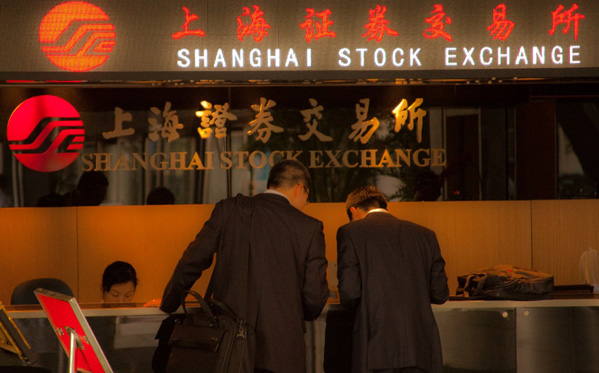 The profit driven frenzy in the run up to the crash echoes behavioural traits before the 2008 financial crisis. The easing of borrowing measures to drive investment activity after its property bubble finally began to burst in 2013 led to a rush of credit flooding into the stock market from investors and China's growing middle class. Those involved with the overheated London property market, commercial property in particular, should take keen interest in what has happened in China since 2013 to quell its own bubble in the UK.

After climbs of up to 150%, Chinese speculators used their homes as collateral for more investment. The market became a hotbed for small investors and short selling brokers that took greater risks on hourly price changes. Government action has now been taken to curve short selling after the stock market plummeted by 30%.

The story of greed before bust is all too familiar in the past 10 years alone. Like any business or marketplace, Chinese authorities needed a closer eye on sustainability indicators to maintain prolonged success, even if that meant dampening the mood. The fact that Chinese stocks were climbing while GDP fell by around 8% should have been an indicator of a looming financial downturn, however, little concern was expressed.

Credible financial management is a must

The importance of project management shouldn't be underestimated. Since the recession, project management has been recognised as a key driver of success and growth, with management methods and strategies fundamental in reducing risk and costs. Unlike British financial institutions that are overseen by the Financial Services Authority (FSA), the Chinese Government exercises regular interventions that have sparked controversy. The sudden switch from property assets to the stock market with little regulation lacked the necessary system to absorb shocks in the marketplace. Better management efforts could have helped to streamline to process, with regular reviews to assess risk and quantitative and qualitative outcomes.

The World Bank expressed concern over government intervention in spring, stating that "Instead of promoting the foundations for sound financial development," the government had overstepped its role through extensive interference rather than working with others to formulate a coherent plan.

Most people realise that a poor business reputation can affect short term profit and long term prosperity. The fallout in China reminds us all that businesses and economies can be affected by bad decisions that affect established relationships with suppliers and affiliate networks and businesses. China's decision to devalue the renminbi, the biggest drop since 1994, has angered many trading economies, particularly the USA: China's largest trading partner. The currency move, which some say was a sensible step to incentivise traders back to China, has affected US stocks and could put as many as 640,000 US jobs at risk.

A strong dollar and pound has added a disadvantage to US and UK export deals that could be undercut by Chinese counterparts. Riled political parties that have viewed the decision as currency manipulation. Some have called the 1947 international trade rule on exchange rates into question as it states that countries should not undermine trade commitments through exchange rate actions. Following the aftermath of the subprime mortgage crisis in America, investors turned to other markets to seek refuge. Like any business who makes a series of errors, China must now work hard to regain trust and display that they do have financial acumen to turn its finances around.

Cloud Based Accounting Software on the Rise in 2015